Scion of Ikshvaku by Amish 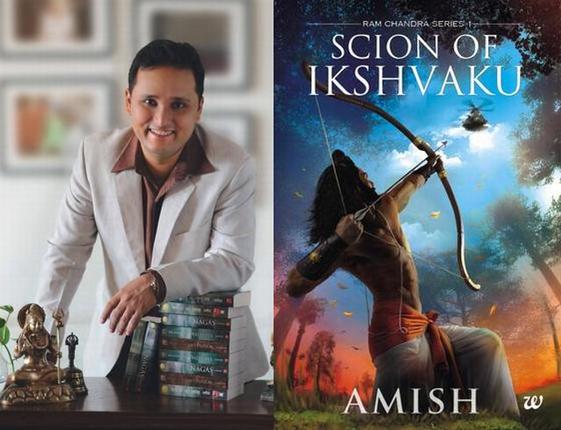 ------ RATINGS- 4.3/5 ------
The book named "Scion of Ikshvaku" not only retells the story of Lord Ram but also identifies the coeval drawbacks of the society and moving forward for the possible solutions. This I clarified beforehand because the reason behind this book is not only proving or specializing Lord Ram, the gentlemen but also the characters. It's more than the contemplation of issues that matters most here.


When Lord Ram was born, the same day King Dashrath was noted the first defeat against the Lankan King Ravaan. Dashrath's defeat not only drained money from Sapt. Sindhu, but even drained Dashrath's atony and devoutness. Ram and his brothers grow and train under Guru Vashishtha, they develop certain characteristics- Ram is the ideal follower of rules, Laxman has the strength, Bharat is a pursuer of freedom and creativity, and last but not the least, Shatrughan is a seeker of knowledge. These four brothers were entitled the four wheels by the citizen of Sapt. Sindhu. Their years, they understand of the inefficiency of their father as a king. Ram has to establish himself as a leader he could be, following all the laws. He is destined to be a Vishnu, but will he get to live destiny?

An Author doesn't change the story any much from the original Ramayana, but the characters are presented making a few subtle changes. While the actions and the war are presented as such it is reality and most familiar to our eyes thus it definitely align the plot. More we also willing to sight the characters are balanced and they are carrying the glint of the story so nicely. Guru Vashishtha and Vishwamitra are the very known highlighted characters- the teacher who properly guide and alert them in their important missions of life. Dashrath crushed ego and Ram's childhood agony is almost well penned with immense pages as it is needed. Sita hadn't highlighted more, but it is fine as per the original story of Ramayana. Many of the characters are developed very passionately, but few are still refilled out to pen it properly.

The book reveals the necessary laws and rights, as the country needs it compulsorily. It is described truly that how to punish juvenile for the odious crime. Hope it works and come to the judiciary soon.

Amish has poured out the efforts at fullest and more passionately. The cities Ayodhya and Mithila are remodeled architected creatively and penned more than an aroma, especially the Bees Quarter.

We live in Ram's Kingdom"